Patta was founded in 2004 by Edson Sabajo and Guillaume ‘Gee’ Schmidt. The initial idea was to provide themselves, as well as their friends and family with a steady supply of footwear and gear. But which has started as a hobby, has now flourished into a thriving business and recognizable brand. Both founders were prominent figures in the Dutch Hip-Hop scene in the 90’s and early 2000’s, Edson as a DJ and Gee as host/MC, it was these shared interests that grew into a strong friendship and viable business partnership. Both sociable and open-minded people, they travelled to other countries hunting for sneakers and records, making tons of international friends along the way. Among them were Alpha Industries. It was immediately clear to everyone: a collaborative project was needed!


In winter 2016, our first joint jacket followed: the Patta x Alpha Industries N3B Parka in Black and Burgundy. A few years have passed since then and we thought it was time for a new Patta x Alpha Industries product. Once again, we have taken inspiration for the silhouette from the Alpha Industries core styles and this time settled on the M-65 model. The design for this army Field Jacket originated in 1965 and is still used today, with only minor changes. The original Field Jacket is made of special Nyco satin. But in our collaboration with Alpha Industries, the M-65 is made of legendary Flight Nylon, just like the classic MA-1 bomber jacket. We added a Patta Script logo printed on the right chest and a Patta flag label on the side of the upper left pocket. To keep you warm in winter, the Patta x Alpha Industries M-65 comes bundled with an ALS Liner that has a large Patta Script logo embroidery on the back. The ALS Liner is a polyester Liner made of ripstop nylon, which was specially developed by Alpha Industries as an inner jacket for the M-65. It can therefore be quickly and easily buttoned into the M-65 field jacket. In addition, the ALS Liner is equipped with pockets so that it can be worn in reverse as a single jacket. So, you get two in one! The M-65 comes in Sage Green, while the Liner is in contrasting Orange.


The Patta x Alpha Industries M-65 field jacket with the ALS Liner will be available from Friday 20th August at 13:00 CEST in Patta London, Patta Amsterdam and Patta Milano as well as online on patta.nl and on our mobile app. 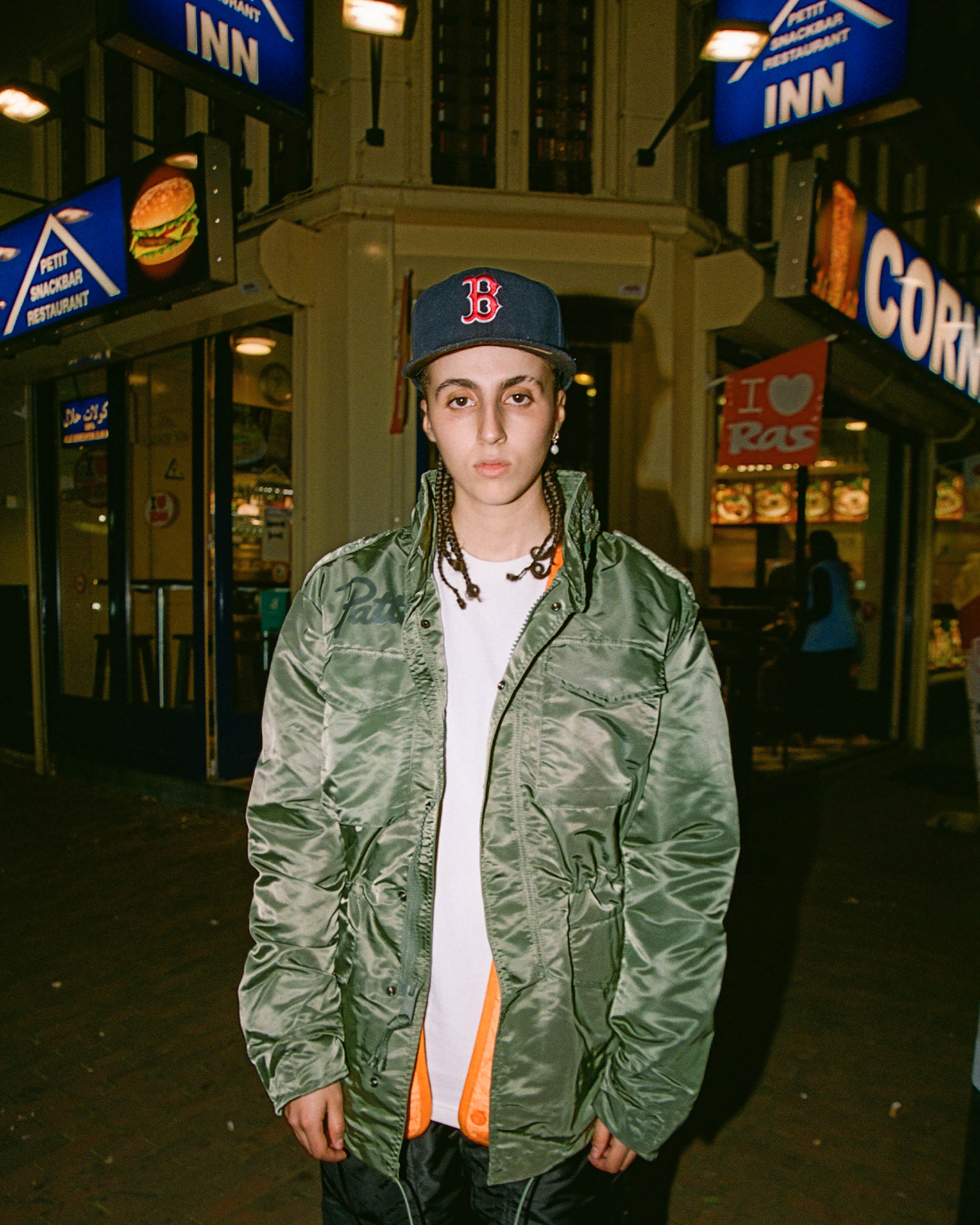 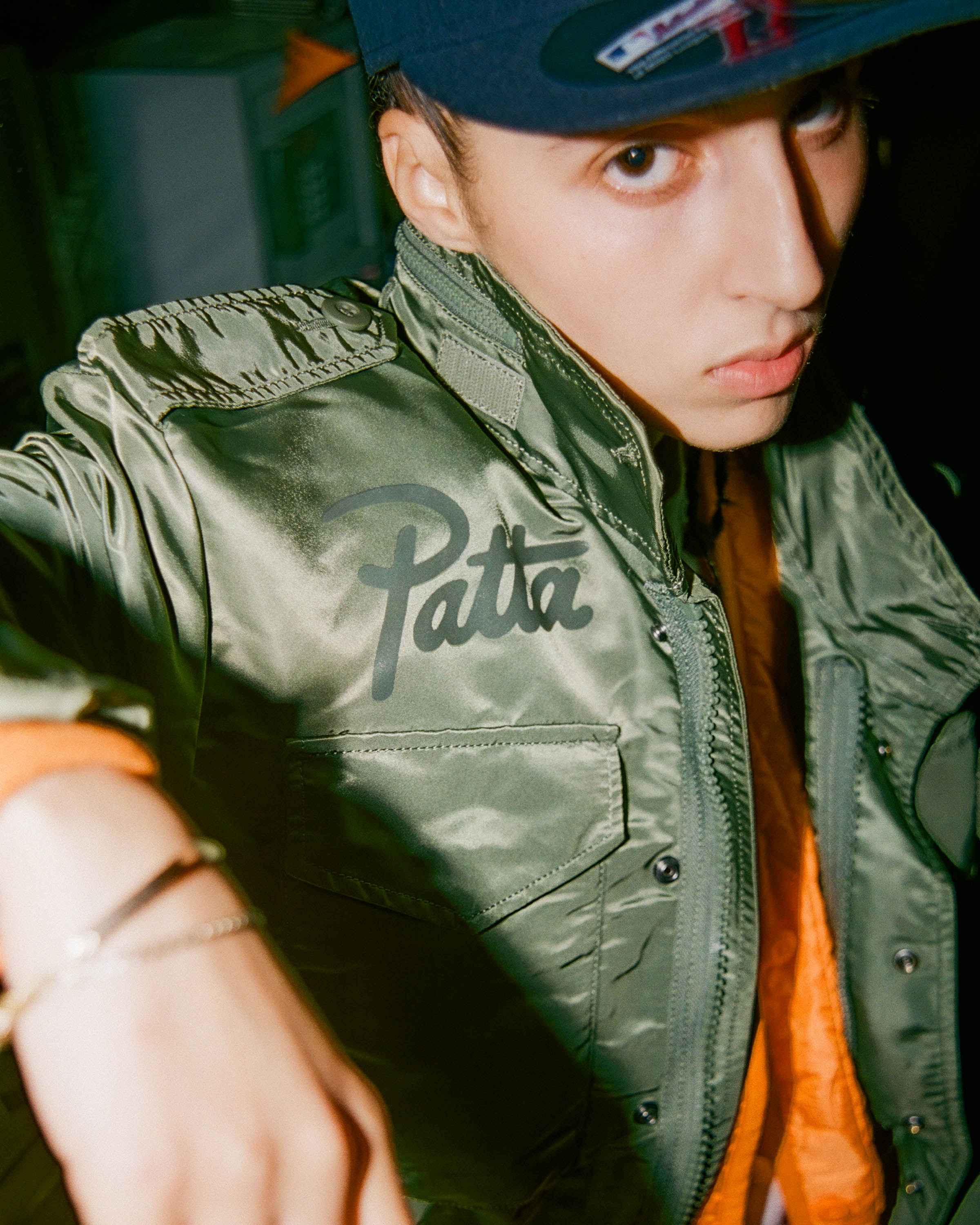 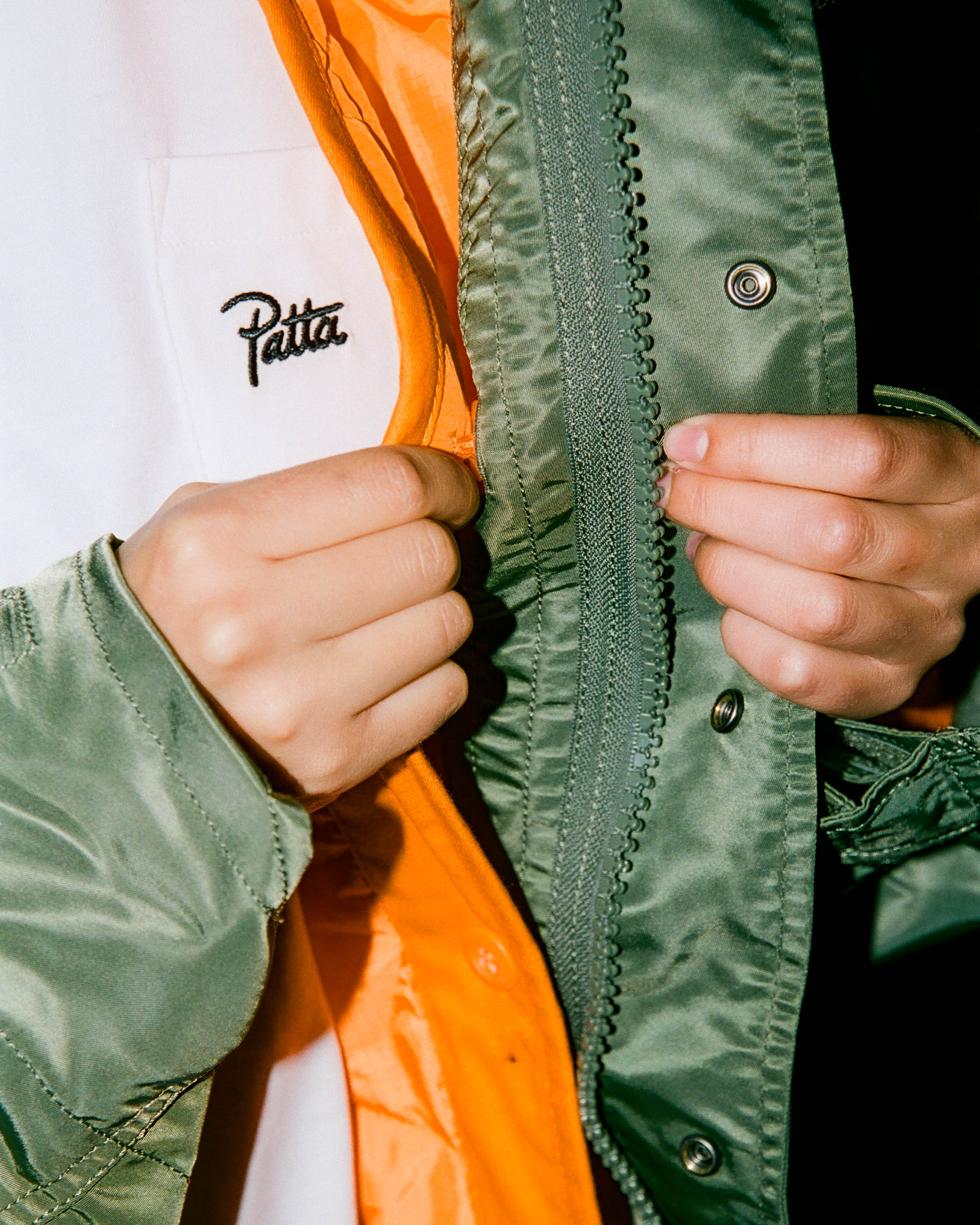 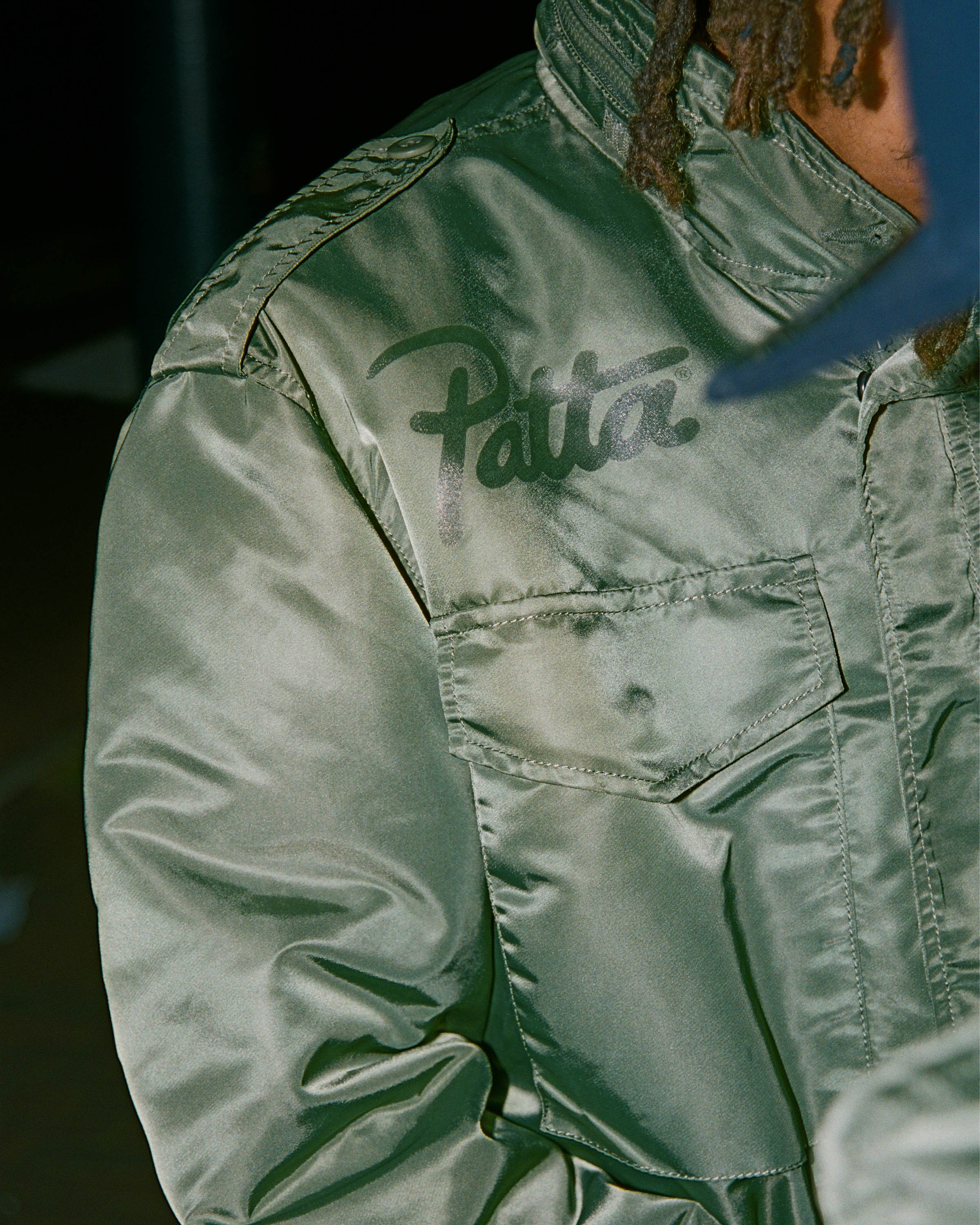 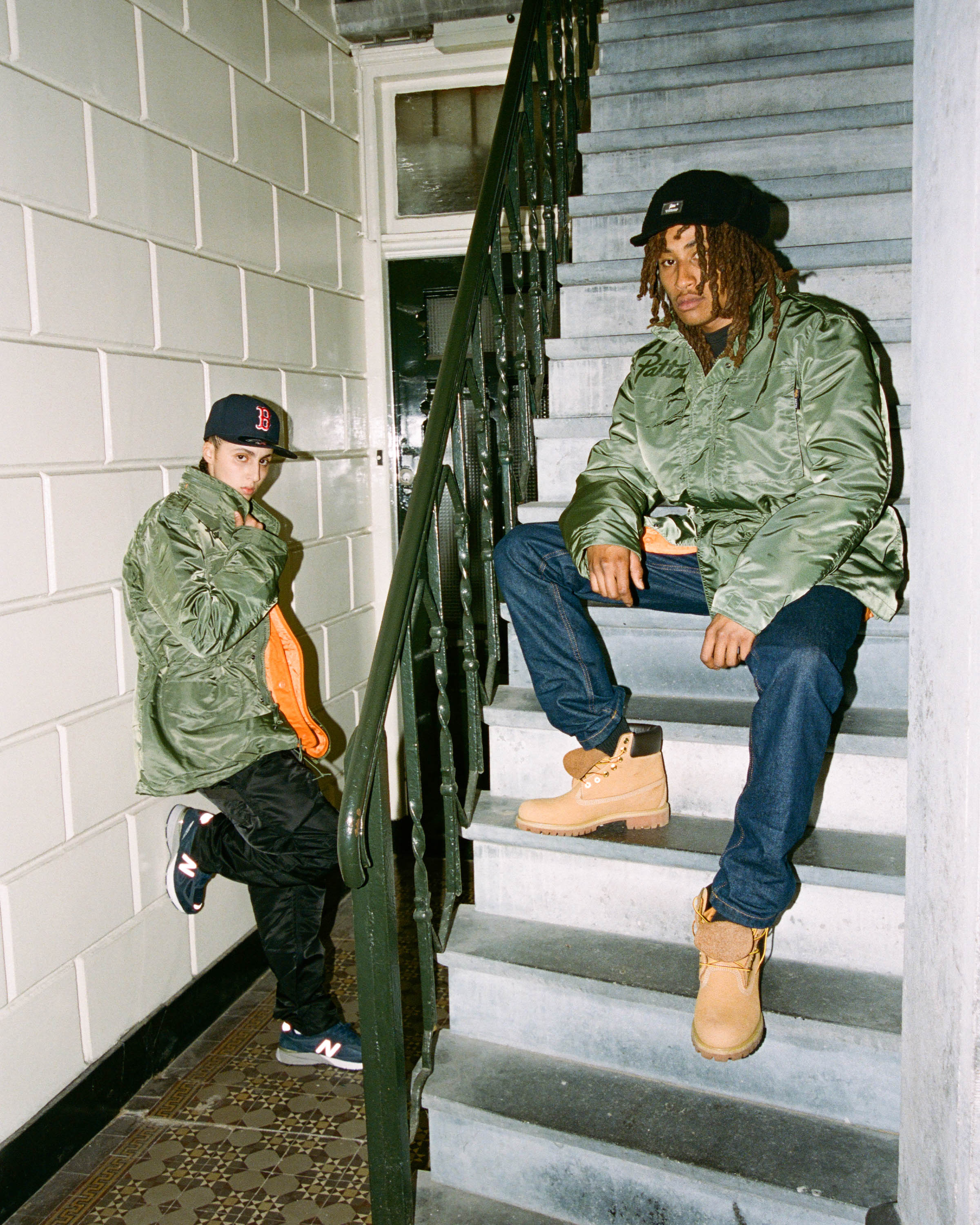 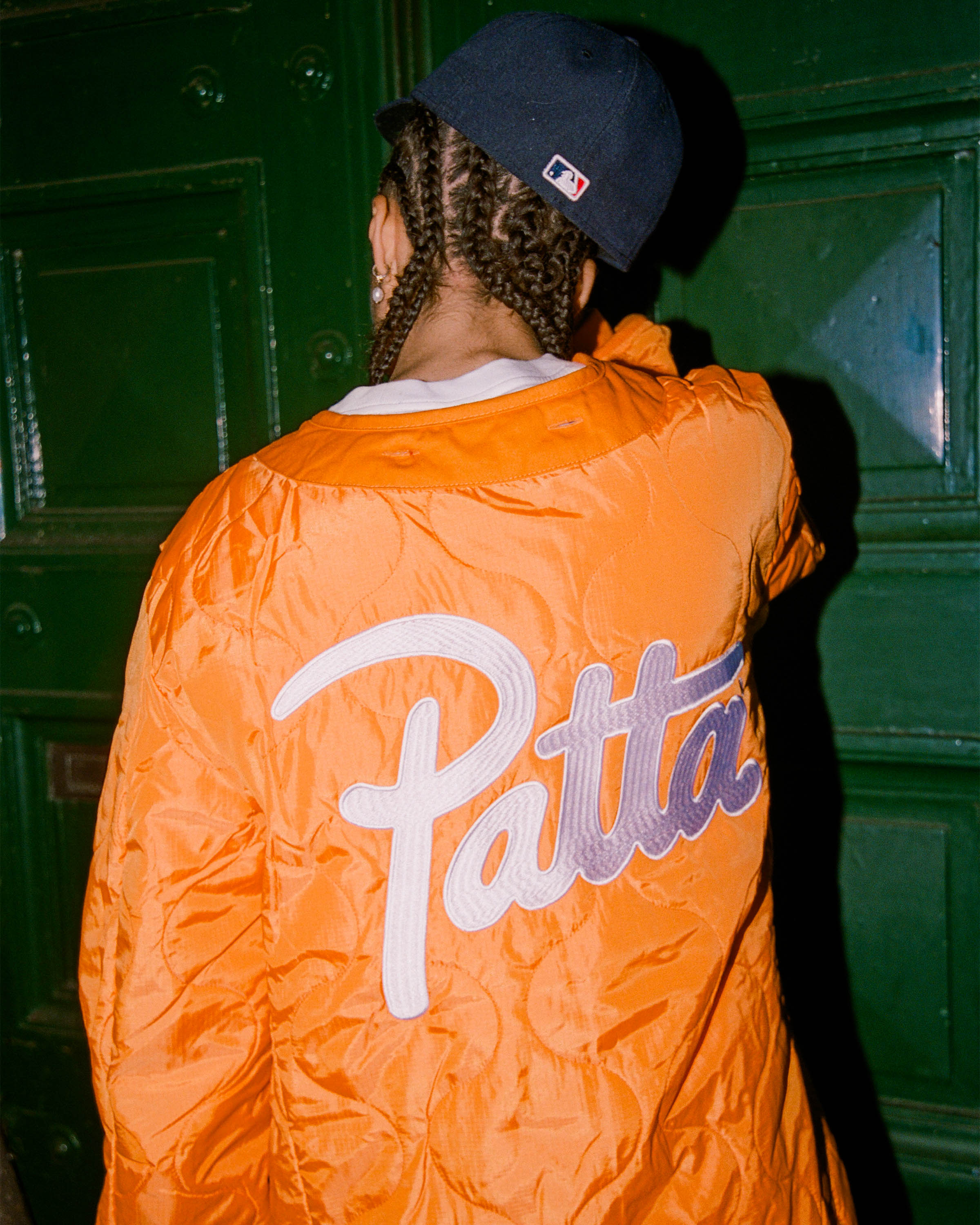 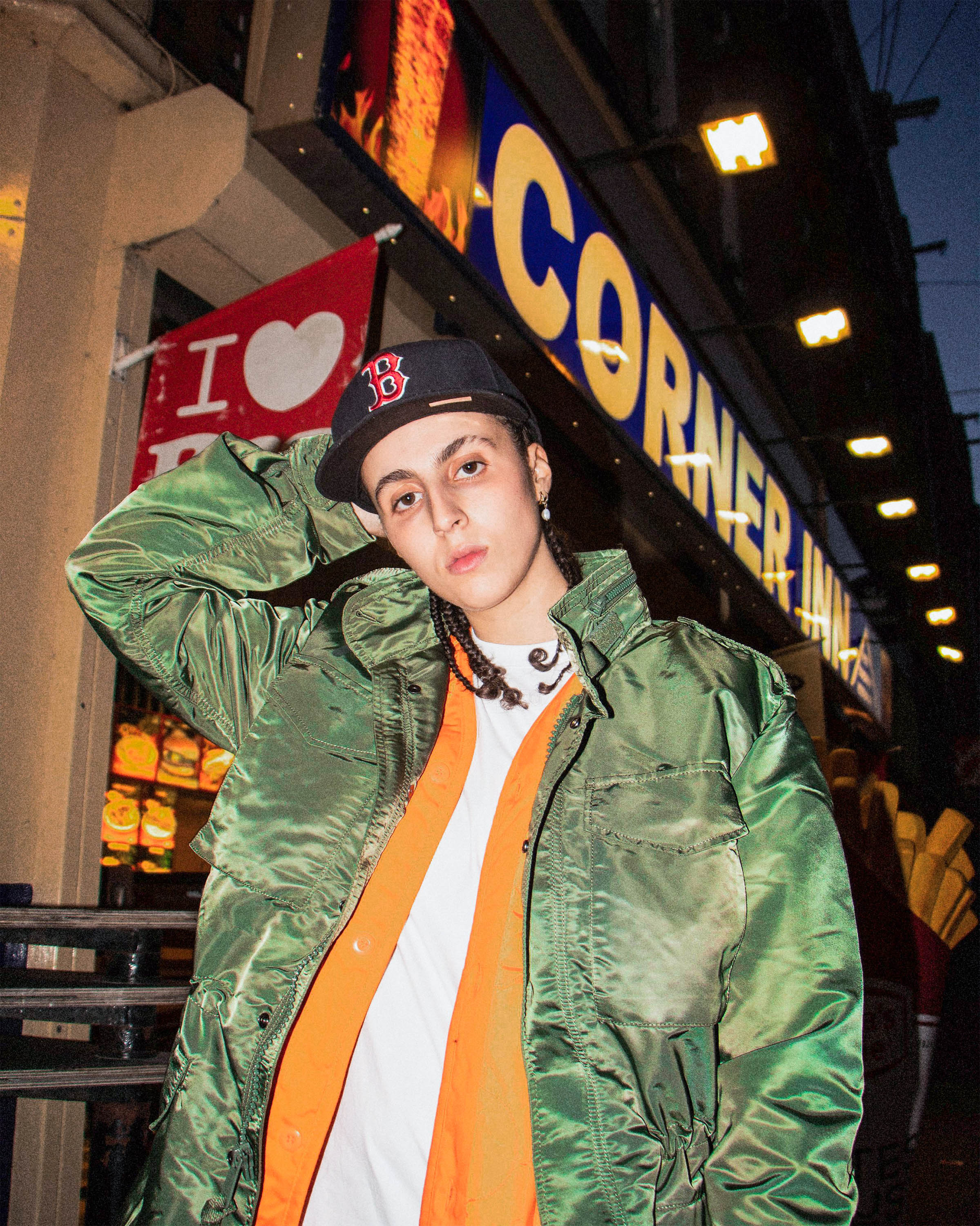